Previously known as PGD, PGT-M/A is a technique used to analyze genes in families with a known single gene disorder in which the gene and/or mutation has been confirmed. At Superior A.R.T. we use Karyomapping, to select embryos not affected by the family genetic disease. We can do any diagnosed and confirmed single gene disorder, and they include such genetic disorders as thalassemia, hemophilia, polycystic kidney disease, Huntington’s disease, albinism, color blindness, neurofibromatosis, spinal muscular atrophy, and thousands more.

Couples where one or both are carriers of a known and confirmed single gene disorder, or who have a child with a genetic disorder

Couples with a child already affected by a disorder (genetic or non-genetic) which is potentially treatable by stem cell therapy. We can do HLA matching (see below).

Family history of a genetic condition

Karyomapping is the latest technology for preimplantation genetic testing for monogenic disorders. Unlike other PGT-M tests which usually take months to finish the test workup, Karyomapping only requires 1-3 weeks to complete a test workup. It is considered highly accurate, has a greater than 95% reliability, and allows PGT-A at the same time. With Karyomapping, DNA fingerprints of embryos and family members will be compared to determine which embryos are free from the disorder. 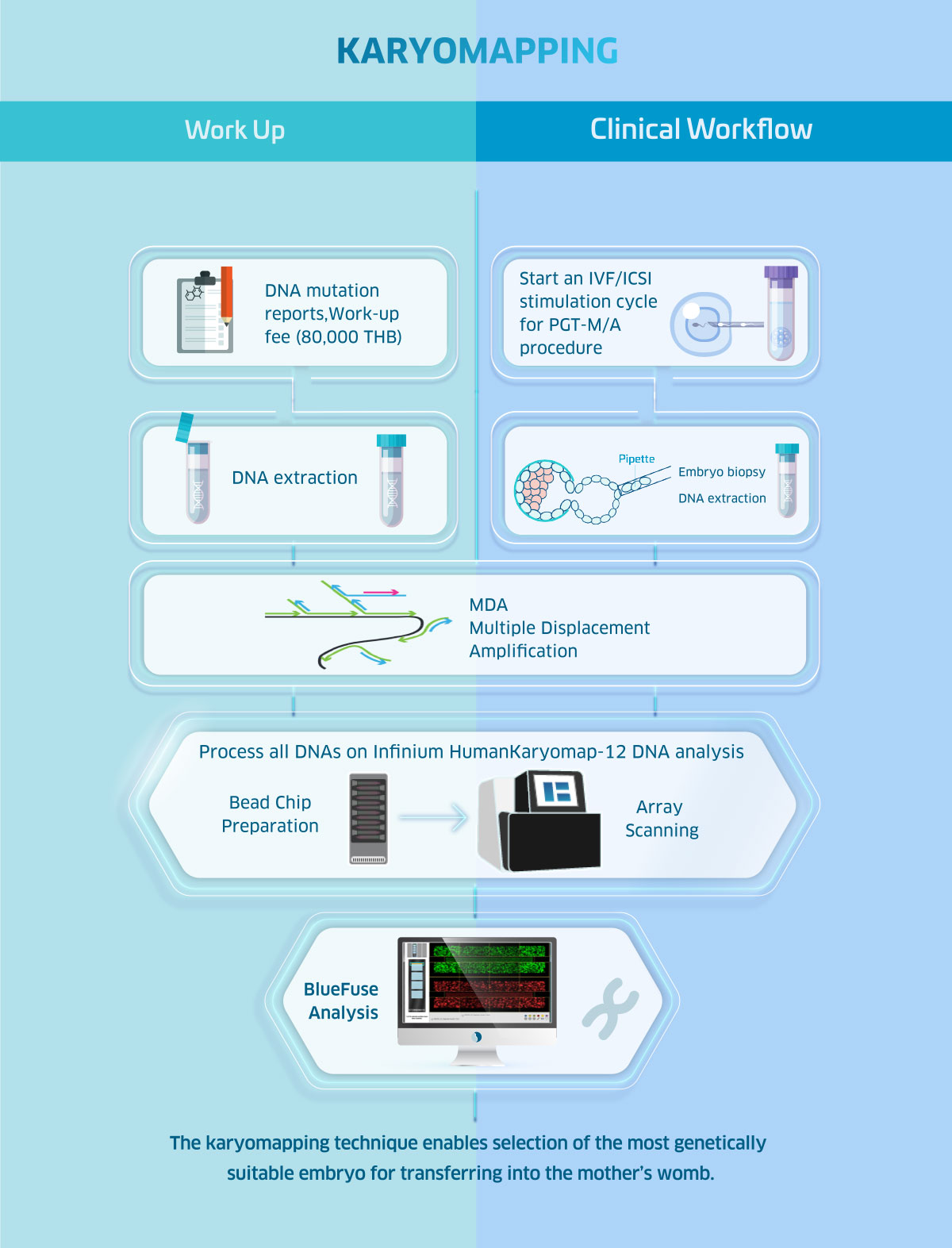 At Superior A.R.T. we previously used the PCR technique for PGT-M for the single gene disorders (and/or HLA Matching – see below), and we did it in combination with NGS for PGT-A, comprehensive chromosome screening. Now we use karyomapping for most new cases, but still use PCR for some older cases, and a few new cases we cannot do using karyomapping. The ‘combination’ testing of PGT-M/A using PCR/NGS is done on a single biopsy of cells from an embryo, and allowed couples to know whether the embryos had genetic and/or chromosomal disorders. After the first step of DNA extraction, part of the extract was used for NGS, and part for the PCR. 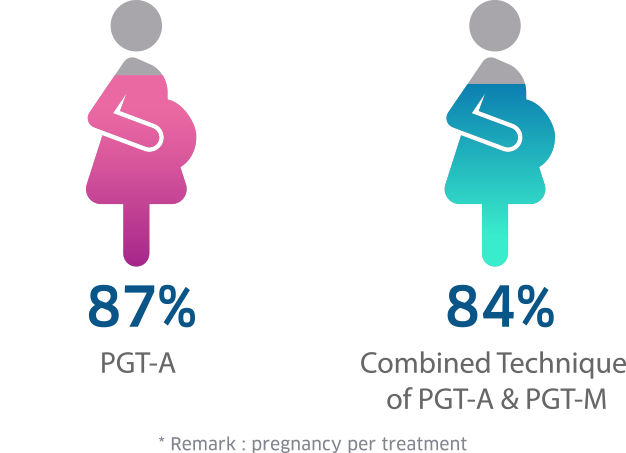 A couple who have an existing child with a disorder, genetic or non-genetic, that is potentially treatable by stem cell therapy, can have another child (free of the disorder if it is genetic disorder such as thalassemia) who is an exact HLA match (tissue compatible) to the existing child. At birth of the new child cord blood can be collected, stem cells harvested, and these used to treat the existing affected child. This treatment is very successful since the HLA match is a 100% genetic match. We were the first clinic in Asia to use this technique to successfully cure an existing child.

While we can screen for any diagnosed confirmed single gene disorder, there is a list of some of the disorders we have screened for;